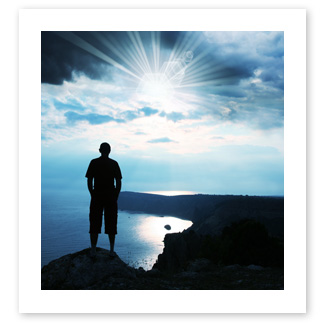 Around 1:30 p.m on July 24th, 2015 Austin and his good friend fueled up at a local marina and left the Jupiter Inlet for a day of fishing in his 19-foot SeaCraft boat. A day not unlike many other days that Austin and his friends had spent enjoying the ocean. These boys practically grew up on the water, boating, fishing, even working at a tackle shop together. And, like most of their peers, they immersed themselves in a life on the water and took advantage of all the excitement and adventure that it has to offer.

Later that afternoon, the weather took a turn for the worse as a line of summer storms moved through the area. When numerous calls to his cellphone went unanswered, the police were contacted and, in turn, called the Coast Guard who responded immediately and began a search for the boys.

By now, friends and family had started to spread the word on social media. The response was overwhelming. Almost immediately, good-hearted people from up and down the Florida coast volunteered their time to help find the boys. Boaters set out to sea and pilots took to the skies in an effort to bring the boys home safely. Thousands of people from across the country, and beyond, offered heartfelt prayers, participated in fundraising events, and kept us going with words of hope and encouragement. Words can’t adequately describe the outpouring of love and support that we received from people we knew and many, many more that we had never met. In the midst of this tragedy it was uplifting to see how many truly good people there are in the world and we thank God for each and every one of them.

At the same time, the efforts of local police agencies and the Coast Guard intensified. Crews were dispatched day and night to scan the ocean for any sign of the boys. The response was massive and, at one point, even recruited help from the US Navy.

As the hours passed, local and national media kept the plight of the boys on everyone’s mind. Words of encouragement continued to pour in from around the world. As the search moved up the coast, volunteers from Georgia and the Carolinas joined in the effort. Together, we searched and we prayed.

On Sunday, July 26th we were contacted by the Coast Guard with news that they had found the overturned boat about 65 nautical miles off the coast of Daytona Beach. We were disheartened, but not defeated; the search continued.

After an intense seven-day search covering nearly 50,000-square-nautical-miles, on Friday, July 31st the Coast Guard officially suspended their search. They took on an enormous task and devoted themselves to finding the boys. I think they sincerely empathized with our families. In an interview, Coast Guard Captain Mark Fedor called the decision to suspend the search "excruciating and gut-wrenching." We will be eternally grateful to the United States Coast Guard, the Florida Fish and Wildlife Commission, the Tequesta Police Department and all of the state and local law enforcement agencies that took part in the search for our son and his friend.

In response to this news, our families issued a joint statement saying, “We love our boys and want them home. Today, our hope becomes our prayer — that one day the boys will be returned to us.” We thanked everyone for their support, but for us, our friends and volunteers there was no doubt that the search would go on. By telephone, email and social media the efforts continued. Volunteers were dispatched, clues sought, and aircraft took off to investigate sightings. All eyes were on the coast. But after sixteen days of intense searching, there were no further clues to the boys’ whereabouts.

One news report described the devoted efforts of our families, friends and volunteers as “perhaps the largest and most comprehensive privately led search South Florida has ever witnessed.” However, with no new clues since the discovery of their capsized boat, our families came to a decision to end the privately-led search on Saturday, August 8th. After sixteen days and thousands of square miles covered by land, sea and air we had to accept our new reality.

The outpouring of support from volunteers from our local community, as well as nationwide, was unprecedented; we can never thank them enough. The support has been so amazing that we feel we need to give back - to do something positive. So, in honor of our beloved son Austin, we’ve established the AustinBlu Foundation to promote boater education and legislative action to improve boater safety.

We respectfully ask that you join us in our efforts to help more people safely experience the majesty, beauty and power of our oceans.